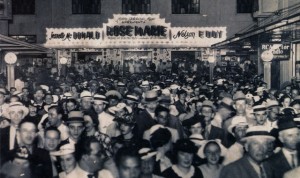 Juiz de Fora was still attributed to European atmosphere when local and provincial authorities and the cream of the local society were decked out to solemnly inaugurate the Cine-Teatro Central on March 30, 1929. Our Belle Époque had just finished, that era of gold in which, advancing in strides and with an industrial and cosmopolitan profile so unusual for a city of an agrarian and baroque Minas, the city had inspired unbridled comparisons to poets and intellectuals passing through its plagues: it was the Mineira Manchester, thanks to the frenetic pace of its factories; the Mineira Athens, due to its cultural and artistic effervescence; and also the Mineira Barcelona, for its booming trade. 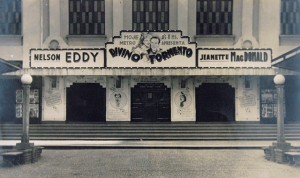 The city was civilized, already noted the poet Murilo Mendes in 1920 in one of his worldly chronicles in the local newspaper “A Tarde”. The proximity to the capital of the country – the French Rio de Janeiro of the beginning of the century – was a determining geographical circumstance for the modern, enterprising and sophisticated spirit of Juiz de Fora at that time. Of this civilization so celebrated by the poet, the chic programming schedule of the elegant society was part: attending the theaters to attend operas, concerts and presentations of dramatic companies. Established by the elite of this society and with its classic beauty, Cine-Theatro Central was the most perfect translation of the high-minded image that the juiz-foranos had of themselves. Decades later, the Central remains not only as the symbol of an era but as a living and open space for the celebration of art.