The large capacity of public and the stage designed to receive the most diverse shows make Central a privileged space and one of the few of the kind currently available in the country. Theater, dance, opera, concert, show. The history of Cine-Theatro Central is a parade of great names of the national and international arts, responsible for moments of beauty and emotion, that have appeared during the last decades in Juiz de Fora.

Cine-Theatro Central put the city on the route of Italian lyric companies, orchestras and national dramatic companies. Its stage received talents of the size of Procópio Ferreira, one of the biggest names of Brazilian theater. Created in 1955, the Opera Experimental Theater of Juiz de Fora made the central setting of its operatic concerts until the early 1970s. When the whole country turned to the bustling and innovative music festivals, the Central also mobilized twisted bands in the 60s and 70s and the juizforano met some of the promising talents of Brazilian music, such as Milton Nascimento, Gonzaguinha and Sueli Costa. 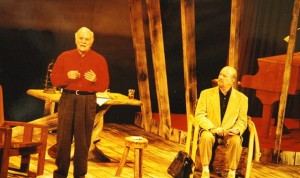 The house soon became an excellent stage for musical shows. Singers like Tom Jobim, Chico Buarque, Djavan, Cássia Eller, Ney Matogrosso, Wagner Tiso, João Gilberto, Maria Rita, Elba Ramalho, Geraldo Azevedo and Adriana Calcanhoto made presentations at the Central, some more than once, such as Milton Nascimento, one of artists who joined the campaign of recovery of the old cinema-theater in the 80’s. João Bosco recorded there in 2001 his double CD “Esquinas”. So did Emerson Nogueira, who chose Central to record live a double album.

The architectonic and ornamental beauty of Cine-Theatro and the enormous affection of the public juizforano with the theater group Ponto de Partida, led the prestigious troupe of Barbacena to record in Central its DVD “Ser Minas Tão Gerais”, with the participation of Milton Nascimento and the choir Boys of Araçuaí, in one of the most beautiful and moving spectacles ever seen in the theater. One of the main stages of the traditional International Festival of Brazilian Colonial Music and Old Music, the Central was the stage for the debut of the opera “Zaíra” in 2004, a historical moment because it is the oldest surviving genre in Brazil and recovered for a presentation at the festival. 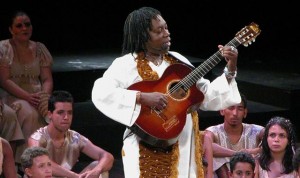 Proof of the Central’s versatility are the numerous and varied theater, dance and music shows that have been taking place on the spot in recent years, bringing the city some of the main works performed by artists and groups such as Paulo Autran, Bibi Ferreira, Grupo Corpo de Dança , Eva Tudor, Nathália Timberg, Rosamaria Murtinho, Tuca Andrada, Pedro Cardoso and several others. The Central also hosted the North American group Momix, the dance company Débora Colker, the National Dance Company of Belarus, the pianist Arthur Moreira Lima, the presenter and comedian Jô Soares and the dancer Ana Botafogo. They and so many others are part of the history of Cine-Theatro Central.