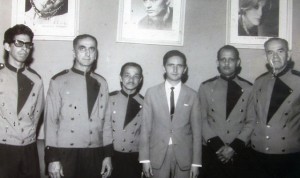 By the 1920s, cinema had ceased to be mere technical curiosity and had become a spectacle for all social classes. As a sign of their emancipation as art, the projection rooms gained architectural designs in their own spaces, or, more common at the time, in buildings of multiple occupation, the cinema-theaters, a solution that combined an art in ascension and a traditional one, both with great public. The Central was conceived as one of them and, for many years of its history, it housed cinematographic exhibitions and theatrical presentations. 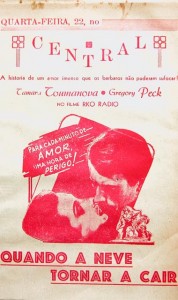 It was with the presentation of a silent tape that Cine-Theatro Central was inaugurated on March 30, 1929. Over the next two decades, going to the movies was an elegant program, and for which men and women dressed in haste, mainly if the session were in the majestic Central. The gentlemen wore a hat, an indispensable accessory. The ladies wore gloves and left a trail of perfume at the end of the show. It was not difficult to occupy all places in the audience, even in rooms as large as those in Central.

The solemnity of the moment was accentuated by the execution of the operetta “Cavalleria Rusticana”, by the Italian Mascagni, which became the prefix of the sessions in the Central. In the beginning, it was performed live by the cine-theater orchestra, which at the time of the silent films received the audience in the foyer and then accompanied the session making sound background for the tape. There was the female soirée, exhibits of motion pictures, dramas, or musicals with a halfway ticket for women. And matinees on Sundays for kids. 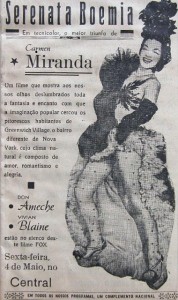 The Central was the great room of projection of the Companhia Central de Diversões, which had seven cinemas in Juiz de Fora. It was the main cinema of the network, to which important premieres were reserved. It was also the first room to offer the juiz-forano viewer a cinema revolution: the sound, technological innovation that came to the city in the 1930’s and was recorded on a 16-inch disc.