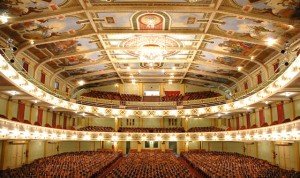 The end of a golden age meant less noble times also for the Cine-Theatro Central, which did not escape the fate of other spaces of the genre, affected by the increasing competition of a novelty of appeal of masses like the television. The cinema audience declined progressively in later years, and although it was still the scene of theater and music performances, the Central immersed itself in a period of abandonment.

The situation worsened in the early 1980s, an empty audience time despite double sessions of good / other mediocre film at a single ticket price. 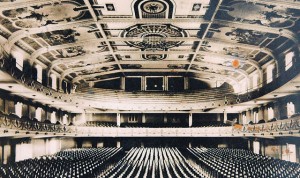 The juiz-forano was not indifferent to the situation of its great cinema-theater and a movement of revaluation of the space began with the tipping of the building as good of the cultural patrimony of the municipality, in 1983. The measure attributed to it historical and artistic value, preserving it of a demolition, but could do nothing to rescue it from the process of deterioration to which it was subjected. Great national artists were involved in a mobilization campaign for the recovery of space.

The Central’s fate was at stake, and the key word to save it was expropriation. 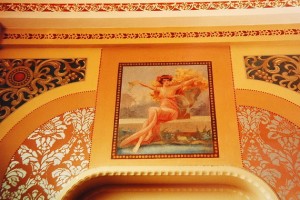 The municipal administration, however, did not have the resources to do so. The solution, after many negotiations with the Companhia Franco- Brasileira, then owner of the cine-theater, was the mobilization of local leaderships in the Federal Government and the acquisition of the property by the Federal University of Juiz de Fora, through resources of the Ministry of Education , in 1994. In that same year, the Central would be registered by the Institute of National Historical and Artistic Patrimony (Iphan). The next challenge would be the viabilization of the complete restoration of Cine-Theatro Central.